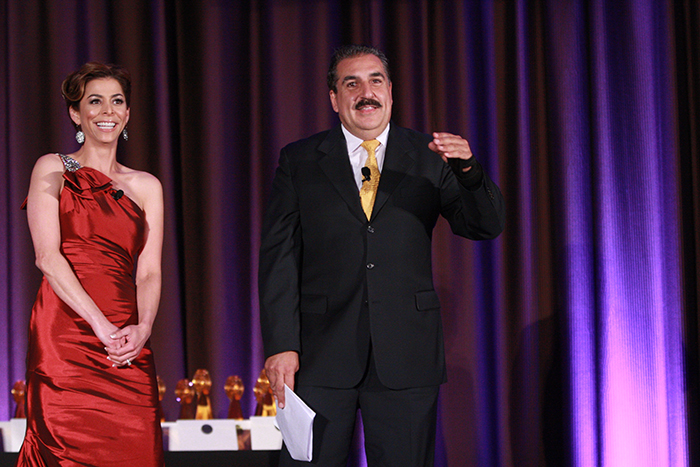 The Winners were crowned with the coveted STEVEEE, the Latin Social TV Award, awarding excellence to the leading Hispanic, LatAM players in the fast moving Social TV space.  Winners were announced, the night before The Social TV Summit Miami at a Gala Black-Tie Event at the historic Fontainebleau Miami Beach, on February 28, 2013.

Entries were eligible for all Social TV platforms, programs, solutions and promotions that commenced anytime in 2012 through January 18, 2013. Open to all Hispanic, Latin, South American, Spanish and Portuguese: TV Networks, Cable Networks, Distributors of Online Video, Producers of TV Shows, Producers of Online Video, Social TV Technology Companies, Advertising Agencies, Promotion Agencies, In-House Agencies, Social Networks, Brands, Research Companies, Internet Media Companies, and any Others that have created, produced, promoted, marketed, developed, etc. a Social TV Application or program in 2012 thru February 4, 2013. For clarity, entries are also eligible by those conducting business with all of the above.  In addition, the above programs may have been executed and/or spoken in English, Spanish or Portuguese, but must have been delivered to a Hispanic, Latin, South American or Portuguese audience.

Past Winner Submissions View all