American Horror Story: Coven is set in New Orleans and explores witchcraft, voodoo, and the occult. To engage the audience and provide a unique social TV experience, the network invited fans to answer their own calling through “Initiate New Orleans”. This was an experience which winners witnessed New Orleans folkways and see a forbidden world that’s seldom visited by outsiders. 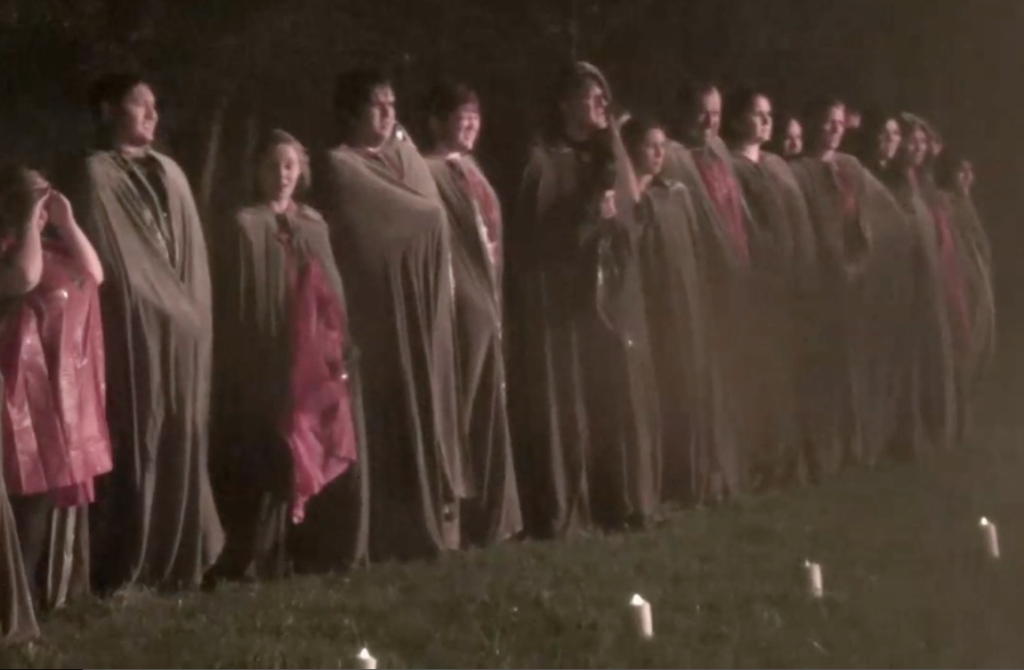 Fans could visit a custom website and enter a national sweepstakes for their chance to visit New Orleans. The website included a unique ‘scrolling’ creative element, known as a parallax effect, which allowed for show imagery to stay consistent throughout the user’s experience. The site also included social media buttons to encourage sharing. The sweepstakes was promoted on-air, via the FX website, and socially through Facebook and Twitter. Those who participated were rewarded for their interactivity with an exclusive video foreshadowing their journey through the underbelly of the Crescent City.

FX flew 10 winners and their guests to New Orleans and sent them into their own personal horror story. The entire deeply-crafted experience was derived from real Wiccan traditions and inspired by New Orleans history, as well as scripts from Coven’s upcoming season. FX chose the sacred Wiccan site, City Park, as the location (it’s also one of the show’s set locations), and planned the experience around Mabon, the Wiccan celebration of the Autumn Equinox. The event culminated with a harrowing scene: three witches being burned at the stake before a 30-foot flaming pentagram.

The winners’ experience was captured via hidden cameras and microphones, and was released as four unique webisodes on digital sites and social media platforms in the week leading up the season premiere.

The webisodes became a major source of buzz on social media and drove conversations leading into the premiere.